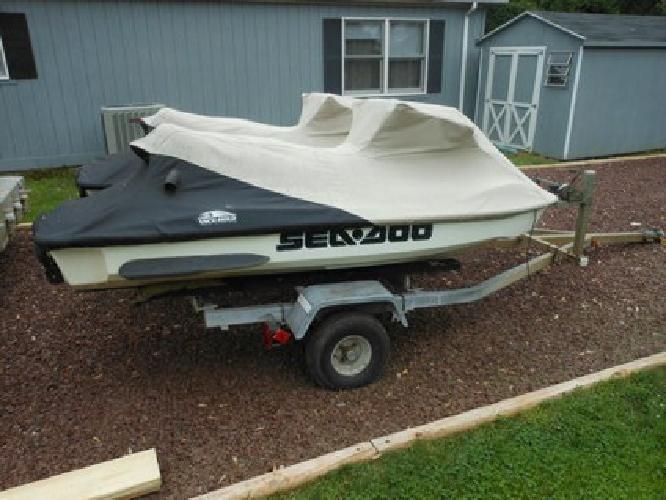 For sale, two Sea Doo GTI Jet Skis with 717cc two stoke engines. They utilize separate fuel (15 gallons) and oil (1.6 gallon) tanks. They are white and green identical jet skis. I have replaced the engines in both jet skis, they were installed professionally by J&J Powersports. One engine was installed in May and the other in May . There are no hour meters on the GTI?s, but they have roughly 40 and 15 hours respectively on the new engines. They both had new batteries installed in . One Ski has a new main seat purchased in (replaced due to rip). The speedometers on both skis work intermittently and the fuel gauges do not work (common issue). Other then that, both skis run great and are in very good condition. They are kept covered on a floating dock during the season and are hauled out and winterized in the off season. Both Skis have trailerable covers included as well as an array of spare parts including gaskets, filters, repair manual, spare key(needs to be programmed, but it is a spare). They have normal wear and tear on them. One has a scrape on the left mirror (see scrapes shown in pictures). Each ski is flushed after each use and are used in brackish water only. Also included is a double ski trailer in average condition.

Click here to search for more - Boats in Topeka, Kansas 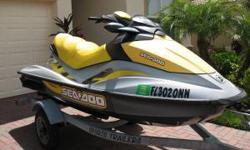 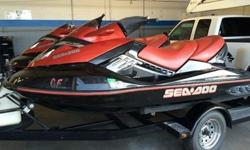 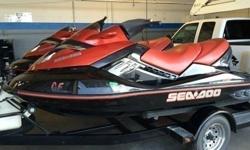 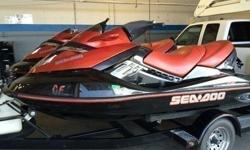 TWO 2007 Sea-Doo RXT Jet Ski $2,500
Overconfidence coupled with very little experience is a recipe for disaster. Riders must stay within their comfort...

Boats in: San Francisco
Copyright © 2022 boatsandstuff.com, All Rights Reserved. Designated trademarks and brands are the property of their respective owners.
Home | Ads | About | Place an ad